Enrollment at Crowley's Ridge College has grown by more than 5 percent since Richard Johnson became its president.

They join a number of Christian colleges and universities that have reported a rise in enrollment numbers, some of which have grown for multiple consecutive years.

This is the second consecutive year of growth for Crowley’s Ridge College in Paragould, Ark., which has 197 students from 13 states for the current semester, an increase of 2.6 percent over 2020 and 5.3 percent over 2019.

Crowley’s Ridge also reported a 52 percent increase in contributions from its fundraising efforts, which reached nearly $740,000 for the fiscal year.

In a press release, the college credited its recent growth to improvements of its academic programs, campus and facilities — particularly the construction of an 18-hole disc golf course and the renovation of the Carter Activities Center — after Richard Johnson became president of the college last January.

The college noted its investments in online learning tools and other technology improvements as well, including a planned website redesign.

Johnson said God and the college’s faculty and staff are vital to continued expansion.

“All are working in support of our students and each other as they continue to make improvements in every department throughout campus,” he said.

For more information on Crowley’s Ridge College, visit its website.

Meanwhile, Oklahoma Christian University in Oklahoma City reported growth in its student body of 9.6 percent over last year, which includes greater numbers of both undergraduate and graduate students.

The university also shared on its website that its emphasis on diversity has been an important part of its success, with record numbers of domestic minority students enrolling. 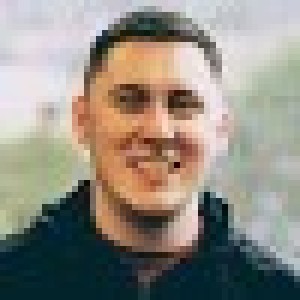 Judge Jimmy C. Smith, of Obion County, is the 2020 recipient of Leon Ruben Award of Excellence, which he accepted at the Fall 2021 General Sessions Judges Conference.

Judge Jimmy C. Smith, of Obion County, is the 2020 recipient of Leon Ruben Award of Excellence, which he accepted at the Fall 2021 General Sessions Judges Conference. The Leon Ruben Award for Excellence is presented annually to a judge or judges who distinguish themselves through their outstanding service to the community, the conference, and the judiciary as a whole.

“I came to the bench later in the practice of law,” said Judge Smith. “I don’t know what I expected when that happened because I never planned on being a judge, never really wanted to be a judge. I had a great law practice, great partnership, but the ascension to the bench has been one of the highlights of my life. It’s in no small measure due to relationships that have developed in this conference. I can’t tell you how much that means, especially when you go through the process of being president of this conference. Relationships are what it’s all about.”

“Judge Smith served as past president of the General Sessions Judges Conference, former member of the Executive Board, member of the education committee, procurer of speakers and instructors at conferences, and is paid up on all of his dues,” said Judge Tommy Moore, long-time friend and business partner of Judge Smith.

Of noteworthy significance is his relationship with former Congressman Ed Jones of West Tennessee, for whom he served over the years as a page, intern and staff member. Judge Smith credits Congressman Jones with teaching him two important lessons early in life, which remain with him to this day: (1) Service is the rent you pay for the space you occupy in life; and (2) It doesn’t matter who gets the credit, as long as you get the job done.

“Jimmy is the epitome of a servant leader, whose goals in life are selfless service to others, and for his life and position on the bench to make an impact and difference in the world,” Judge Moore said. “Jimmy Smith has a brilliant legal mind and a true judicial temperament. He’s graced with both an intellectual mind and common sense. Jimmy is an activist judge with his legal energies focused on justice, rehabilitation, equity, fairness and ethical judicial conduct. He’s a seeker of justice, a man of integrity and impartiality, a compassionate proponent of rehabilitation, a follower of the law to the letter and ethical about the requirements of Tennessee judicial candidates. He is a credit to our conference and a consummate TN judge.”

Judge Moore took a cue from the movie, Waking Ned Devine, where it is discussed that all nice things said about someone are said at their funeral. Not wanting to wait to tell his friend how he really feels about him, Judge Moore presented Judge Smith with the award and said, “I congratulate you on being a great man. And thank you for being my friend.”

After accepting his award, Judge Smith said, “Whatever your involvement is, don’t miss those relationships you get by coming to these conferences and being on committees, and just working with each other. It’s one of the highlights of my life, in general. I think the older I get, the more I’m convinced that it’s not really a matter of what you’ve done and what you’ve accomplished, it’s the people you’ve met along the way and the relationships you have with them. I’m blessed to have those relationships, none of which are any closer to me than Tommy Moore.”

Members of the Ruben family were in attendance for the award presentation.

Crowley’s Ridge College welcomed the cooler temperatures of fall with the opening of Pete’s Treats, located inside the student union.

Pete’s Treats will serve as a one-stop shop for anyone on the campus of CRC, offering coffee, smoothies, food, and snacks.

Special thanks to Liz Brown, CRC’s Vice President for Operations, who secured in-kind donations from Alumni Mark Watson (‘79) who is the executive vice president at Bunnomatic Corporation in Springfield, Ill.  Watson expressed his willingness to provide amenities for our students who are following his same educational path.

“It’s a pleasure to be able to give back to an institution that gave me such a good start in life.  CRC is a little gem of a school in NE Arkansas, and I hope more people will take advantage of it,” Watson said.

You may be wondering “what is disc golf?” Well, we are here to tell you.

Disc golf is a game that is played much like regular golf but instead of hitting a ball with clubs into a hole, you throw discs into a metal basket. Another way disc golf differs from regular golf is that the equipment to begin playing is much cheaper and there are typically no course fees.

Given the current health crisis, many people across the country have flocked to learning and playing disc golf as a means to staying active while in a safe environment where social distancing practices are easily managed. We here at Crowley’s Ridge College have seen the benefits of disc golf and want to provide the same opportunities and experiences so many others around the world have been able to take advantage of.

We have acquired 18 baskets and you can expect to see the first course in Paragould’s history installed within the next few months. The course will be used by our students and the Paragould community as a safe, fun outdoor recreational activity as well as a teaching tool in our health and PE department. On top of this, the college will also have the opportunity to provide the students with a new club activity and we hope to partner with the area school districts to be involved in similar activities.

The course will be installed over the coming months and we are planning on a Spring 2021 grand opening.

We are a college committed to a continual emphasis on the integration of scholarship, critical thinking, service, and the spiritual dimension of life.

We use cookies to help our site work, understand how it’s used, and to deliver targeted information to existing and prospective customers. By accepting this message, you agree to the storing of cookies on your device.

This website uses cookies to improve your experience while you navigate through the website. Out of these, the cookies that are categorized as necessary are stored on your browser as they are essential for the working of basic functionalities of the website. We also use third-party cookies that help us analyze and understand how you use this website. These cookies will be stored in your browser only with your consent. You also have the option to opt-out of these cookies. But opting out of some of these cookies may affect your browsing experience.
Necessary Always Enabled
Necessary cookies are absolutely essential for the website to function properly. These cookies ensure basic functionalities and security features of the website, anonymously.
Functional
Functional cookies help to perform certain functionalities like sharing the content of the website on social media platforms, collect feedbacks, and other third-party features.
Performance
Performance cookies are used to understand and analyze the key performance indexes of the website which helps in delivering a better user experience for the visitors.
Analytics
Analytical cookies are used to understand how visitors interact with the website. These cookies help provide information on metrics the number of visitors, bounce rate, traffic source, etc.
Advertisement
Advertisement cookies are used to provide visitors with relevant ads and marketing campaigns. These cookies track visitors across websites and collect information to provide customized ads.
Others
Other uncategorized cookies are those that are being analyzed and have not been classified into a category as yet.
SAVE & ACCEPT